So sounds like sixers are shoppin okafor and noel. I like the move. Mostly cuz i saw that video of okafor knockin that guy out on street. And okafor looked like a thug. Pants hangin off butt. And that was enough to drop him from me ever wanting him. Good character is the most important thing when scouting in my eyes. Nothing is more important than good character. And jerry colangelo knows that. Good to see there changing their thinking. Not sure bout noel. But i would want his length on my squad.

Klay is money. Still cant believe warriors won that game. Okc let that one get away. Game 7 is gonna be a doozy. Warriors got to be the favs though. I think klay is a better shooter than steph. When klay pulls up i feel better about it goin in rather than when steph pulls up. Straight money. 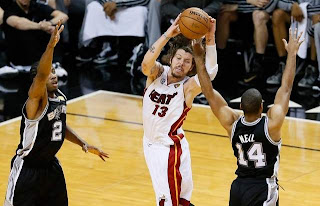 Memphis, Tenn. — Mike Miller had several teams interested in his 3-point shooting as a possible missing link for a long playoff run. It didn’t take him long to figure out where he wanted to be: Memphis.
The sharp-shooting Miller said Tuesday that the Grizzlies are “right there” when it comes to winning a championship with what he calls the NBA’s two best big men in Marc Gasol and Zach Randolph, an underrated point guard in Mike Conley and a lockdown defender in Tony Allen.
So one of Miller’s first calls after the Miami Heat decided to amnesty him was to the Grizzlies’ chief executive officer Jason Levien. Miller said the two had same idea, “It was a perfect fit and how can we make this work to get back here.”
The two got it done. The Grizzlies announced Tuesday morning that they had signed the best 3-point shooter in franchise history as part of their efforts to improve a team coming off its first Western Conference final.
Memphis did not disclose details of the contract.

Posted by Unknown at 1:11 AM No comments: 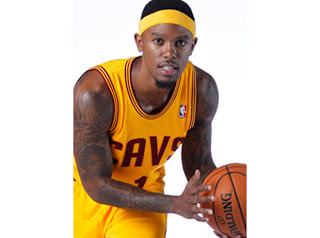 Cleveland Cavaliers guard Daniel Gibson surrendered to authorities Monday on charges that he allegedly broke a man's jaw at a club in New Orleans in early July. Gibson, 27, husband of R&B singer Keyshia Cole was booked with second-degree battery, according to an Orleans Parish Sheriff's Office.
The incident occurred July 8 at a club in the 300 block of Andrew Higgins Street in New Orleans, according to court records. Gibson and Cole walked by the man, who allegedly thanked Cole for "keeping it real."  Cole had recently performed at the Essence Festival in New Orleans.
The man then turned to tell a friend something, and Gibson allegedly punched the man in the jaw, court records said. Bystanders restrained Gibson while the victim was escorted out of the club.
The man was taken to a local hospital, where doctors determined his jaw had been fractured, court records said. The victim later identified Gibson as his attacker in a photograph line-up.

Gibson, of Westlake, Ohio, surrendered to the New Orleans Police Department on Monday at 9:45 a.m. He was later released on a $20,000 bond. In a statement to TMZ, Gibson said, "Earlier this month during the Essence Music Festival, I was involved in an incident with other individuals while I was out with my wife. It's unfortunate that some see opportunity in taking advantage of people who work hard for what they have achieved."
Gibson told TMZ he looks forward to being vindicated when the facts come out.

Greg Oden could decide which team he'll make his comeback with by Monday. 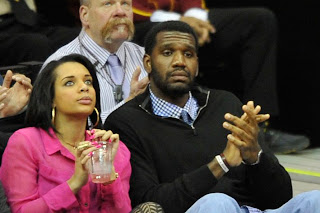 Greg Oden could be ready to decide where he'll continue his comeback as early as Monday, according to NBA.com's Steve Aschburner. Aschburner added that the Miami Heat, San Antonio Spurs, Sacramento Kings, Atlanta Hawks, Dallas Mavericks and New Orleans Pelicans were among the teams to watch Oden work out at his highly-publicized workout last week.
Posted by Unknown at 8:00 AM No comments: 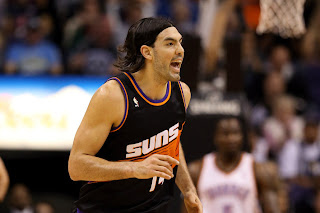 Rumblings began to crop up late last night about the Indiana Pacers making a trade for Phoenix SunsPF Luis Scola, and it took the better part of the next day to get the deal finalized and the terms of the deal complete. The Pacers acquired Scola, the 33-year-old Argentine star who has had successful stints with Houston and Phoenix for Gerald Green, their 2012 first round pick Miles Plumlee, and a lottery protected first round pick in 2014, the protection sheltering the Pacers in the event everything that can go wrong does.
The move will not only give the Pacers additional cap flexibility for next summer with extensions for Paul George and Lance Stephenson,  looming, but will improve their chances this year with Scola. Larry Bird was quoted on Pacers.com, saying, "Luis will be a very important asset to our team and to our bench." Scola will rejoin a revamped bench with C.J. Watson and Chris Copeland, as well a hopeful return to form for Danny Granger and a bright draft pick in Solomon Hill.
Acquiring Scola is maybe the best move the Pacers have put together this offseason. Scola is excited to be a valuable piece on a championship contender and SB Nation's Tom Ziller believes this could be the move that puts the Pacers over the top in the east. But there's a lingering cough from Indiana's bench revamp last year that might cause a brief pause. So why are this year's moves better? Last year, the Pacers' additions were going to be excellent pieces for Indiana's success if: If Green can replicate his performance in New Jersey. If Augustin can be a Darren Collison-like acquisition with improved passing. This year, the additions are going to be excellent pieces because. With the exception of Copeland, Indiana swung for proven guys on good teams like Watson and Scola (and found an all-too obvious emergency upgrade with Donald Sloan).
Was it a high price to pay for Scola? When taking into account the cap implications of not having to pay Green and a future first rounder, then no. Scola's non-guaranteed deal in 2014-15 helps the matter even more because now the Pacers are in a greater position to retain their core beyond Paul George while not giving up any chance of winning now. The move to shore up Indiana's 2014 bench should also give Indiana a more realistic shot at landing at the top of the Eastern Conference, something the team will be searching for in order to get their potential Game 7's in Indianapolis. Of course, the Pacers won't be without their competition in an increasingly top heavy Eastern Conference, but there's no reason to believe Indiana can't beat any of them anymore.

Posted by Unknown at 4:12 AM No comments:

If the Bulls are unable to acquire Camby, another potential option is Dejuan Blair. The former Spurs reserve is looking for a multi-year deal or a possible sign-and-trade from San Antonio, but he may have to settle for a one-year deal at the minimum. Chicago could offer such a deal.
The Clippers are another team who have expressed interest in Blair and they also can only offer the minimum.
Posted by Unknown at 4:04 AM No comments:

TEE ME UP shirts 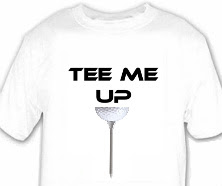 This blog is for us the fans to rant and rave on what we think. And I mean real fans. So we can speak up or at least type it out when we see GM's, coaches, and players make stupid moves. We have our opinions and our opinions can be a better choice. I mean we are human we are all childeren of our father in heaven. Who's to say your opinion is better than mine. Just because you played 4 years at Villanova and had a 12 year NBA career? ( Just a example) Your opinion is better? Naw. That just means you are going to be listened to. No one wants to hear or even cares what we say. Which is the way it should be. But it does not mean my opinions and ideas are not better than yours. My dad would make a better coach than half the coaches in the NBA. I guarantee it. But the only guys who get hired are guys that we know. Who were NBA players. So that right there proves that our opinions are just as valuable. I mean could a GM hire some John Doe off the street. No, they could not. The fans would get pissed. So they just hire the most famous or well known coach they can find. But half the time they should hire some John Doe off the street.So there are bad and dumb decisions made everywhere and we as fans have the right to say, Man dat was stupid!!